Artist talk with Alex Turgeon, moderated by Kristian Vistrup Madsen: July 24, 2021, 4PM
Meet us at Ashley at 3:30PM, and we will walk over to the public work Desk Top: Elevation View on Luckauer Str. 1 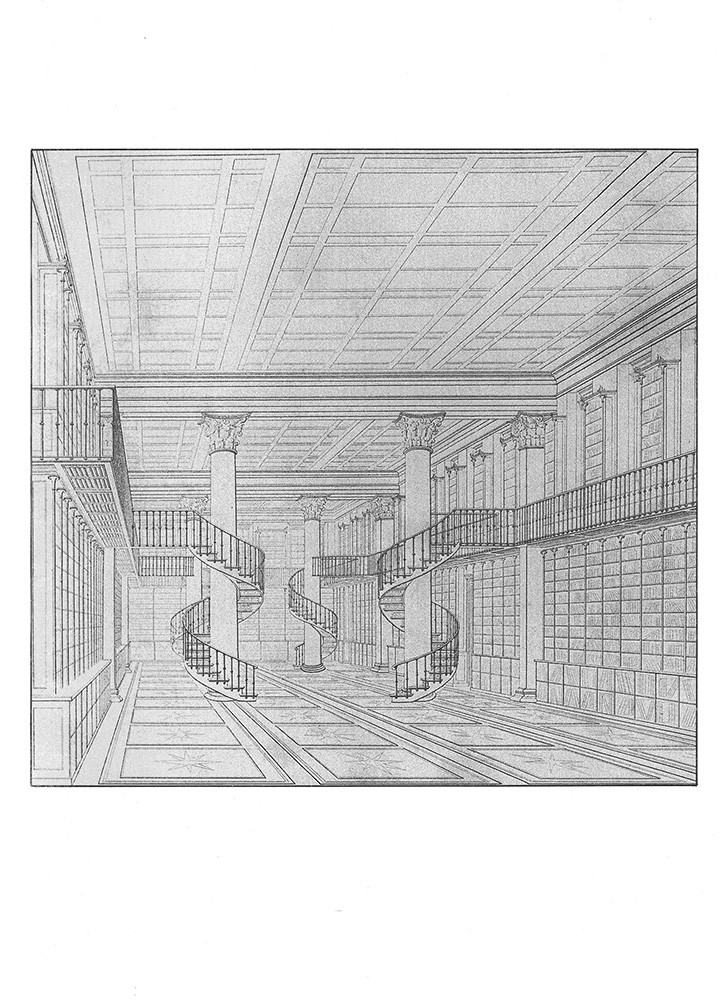 Interiors is a critical reflection on the architectural glyph of the home and its entanglement with notions of isolation, remoteness, and embodied queer politics. Saturated as a semantic referent for safety, sanctuary, and isolation, the concept of the home is made accessible through the vernacular of architectural modeling, drafting, and archive display—while at the same time upsetting this web of meaning through the aesthetic processing of remote living and rural industries. The double entendre folded inside ‘concrete poetry’ is made productive as a site to read the built space of architecture through the material inscription of language and vice versa.

In his multimedia installation, artist Alex Turgeon places systems within systems, symbols within referents, structures within models, and visualises hidden architectures within the home, exposing the grammar of the unheimlich employed in the claim on neutrality of what is defined as inside and outside. Folding in on itself, the topological landscape is watched over by a screen performing as the sky. The blueprint structuring the archival display is replicated on a Litfaßsäule in close proximity to the exhibition space, performing the function of a remote access point or interface. Every inside has an outside has an inside and an outside, to which there is an inside and an outside...

The exhibition will be accompanied by an artist talk on July 24th with author and art critic Kristian Vistrup Madsen.

Alex Turgeon (Halifax, Nova Scotia) is an interdisciplinary artist primarily concerned with how the poetic space of architecture and the built space of language manage definitions of sexuality against the backdrop of gentrification. He received his MFA from Rutgers University in 2020 and BFA from Emily Carr University of Art + Design in 2010. His work has been presented across Canada at Franz Kaka and Art Metropole (Toronto) Or Gallery (Vancouver) and throughout Europe at the Tate (Liverpool), KW Institute for Contemporary Art (Berlin), Tunnel Tunnel (Lausanne), San Serriffe (Amsterdam) Contemporary Art Centre (Vilnius) and as part of ‘Poetry as Practice’ an online exhibition hosted by Rhizome and the New Museum (New York). In 2017 his first collection of poetry titled Love Poems for Ceres was published by Broken Dimanche Press, Berlin.