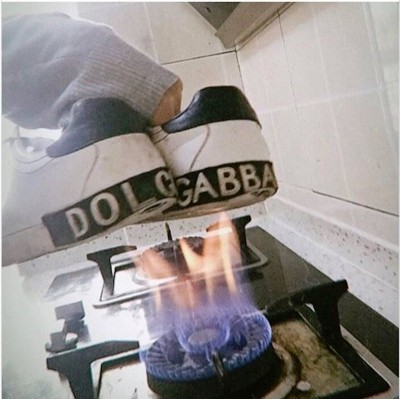 As the final chapter to their three-part performance between Ashley and Pogo Bar at KW - Institute for Contemporary Art, Steven Warwick and DeForrest Brown, Jr. (Elevator-to-Mezzanine) will stage a discussion on the subject of cancellation with Caroline Busta (New Models) at the closing of the exhibition Plaza Del Dante at Ashley on Sunday, December 2, organized by Maurin Dietrich and Kate Brown.

Elevator to Mezzanine (E-M) is a cataloguing space and writing project established in 2017 by Steven Warwick & DeForrest Brown Jr. and proposes itself as a “War on Style.” They have previously exhibited at Cleopatra’s in NYC and published two booklets through Issue Project Room and Lampo Chicago. In March this year, they gave an artist talk at the University of Rochester NY.

Caroline Busta is a co-founder of New Models, a new media node/aggregator for the culture sector (https://newmodels.io). She previously served as the editor-in-chief of Berlin’s Texte zur Kunst and as an associate editor at Artforum magazine in New York.