The presence of pests is like violence, but their disappearance is another kind of immeasurable aggression—unremarkable and catastrophic. If they’re successful in their species, creatures fade into the concrete logic of the city. Otherwise, they’re a plague. In Biblical times, the Egyptian plagues brought psychological warfare by way of the most pestilent kinds of natural intervention: locusts, blood in the water, lice in the hair, swarms of wild snakes and reptiles going amok, then hail, fire, and darkness. Nature, in all its beauty and power, has always been a close cousin of violence. It’s a thin line, a matter of degrees.

Somewhere in those feelings of intensity, between faded idealism, the environmental sublime, and brash violence, Albin Looström locates his new series of paintings and sculptures. At first, they are kitsch representations of the natural world, but hyper-romanticized and turnt up in a kind of sci-fi melodrama.

Painted in an automated style, the four wall compositions bleed into each other, override themselves and echo their extreme aesthetics. They’re self-intoxicated (“...The sky above the port was the color of television, tuned to a dead channel.”*) With these, Looström tosses out any mythic value in the picturesque and bulldozes over it with unbridled energy.

Against these impossible backdrops at the center of the room, a group of creatures stands over a marsh of home objects and funeral vases in a relative calm. In a kind of ironic turn of naturalism, the forms used to construct all these living creatures are all ready-mades, synthetics, or found objects, twisted and manipulated into supernatural yet familiar forms. The logic of their grid and statuesque displays recalls natural history museums, where humans have always flexed dominance over the beauty, the uncontrollable, the plagues conquered, and the soon-to-be extinct. Mausoleums that hold the outside world in.

Could it be that this isn’t the time for safe words, safe spaces, and safe paintings? Is the politeness of sublimity cheap talk in times like this? 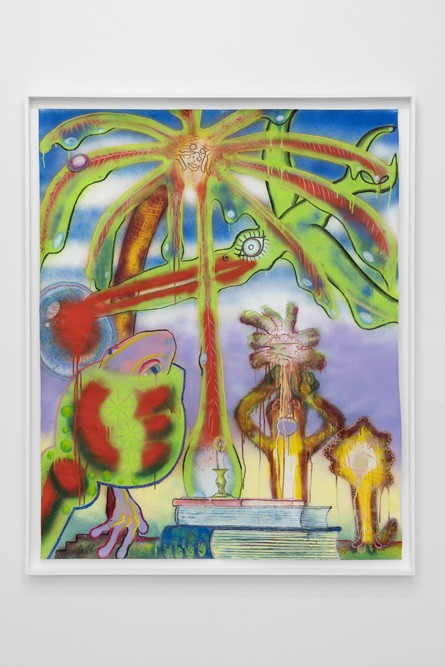 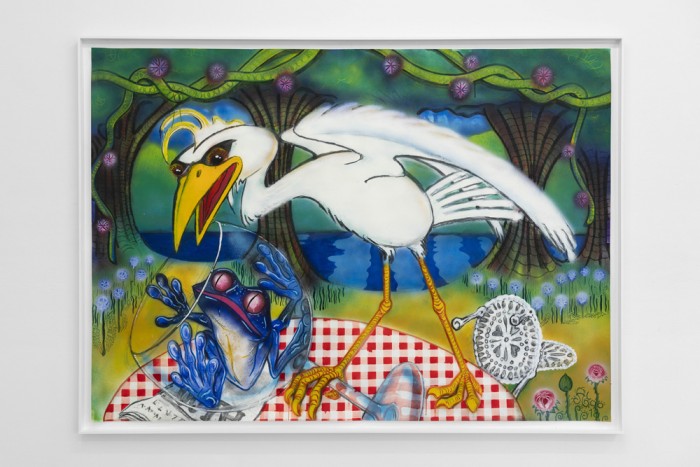 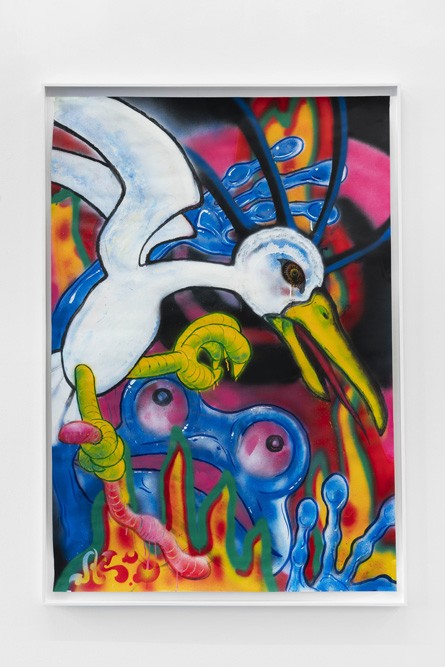 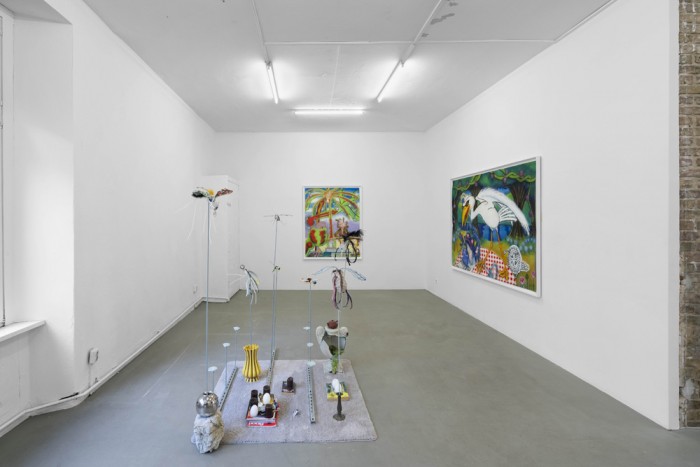 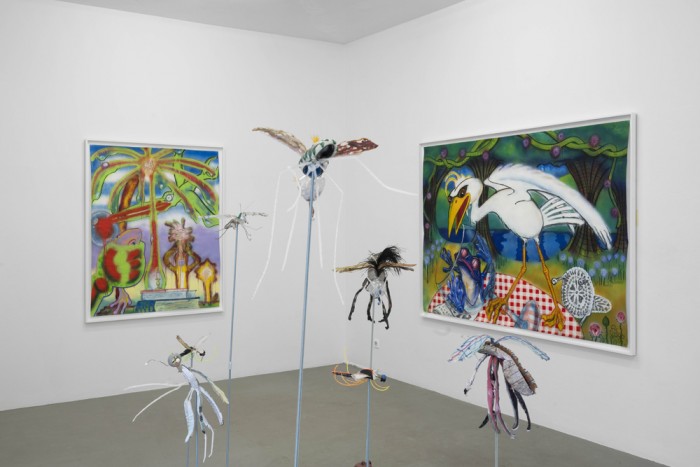 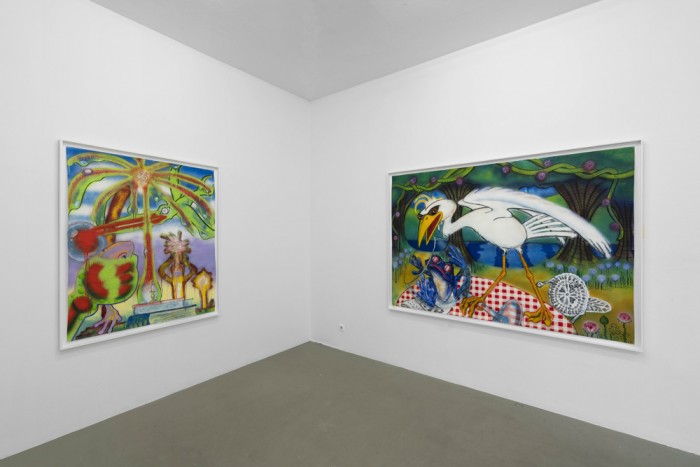 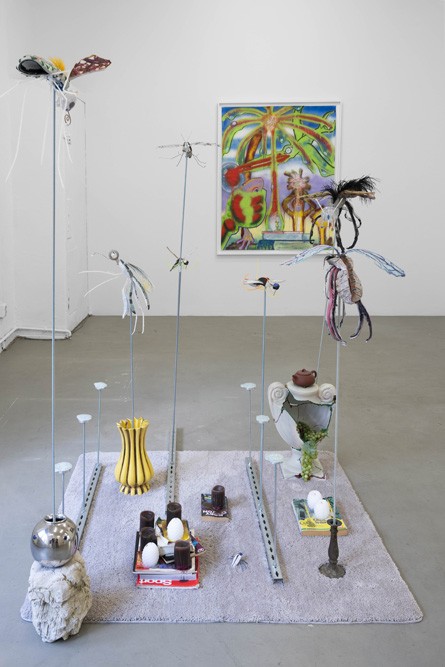 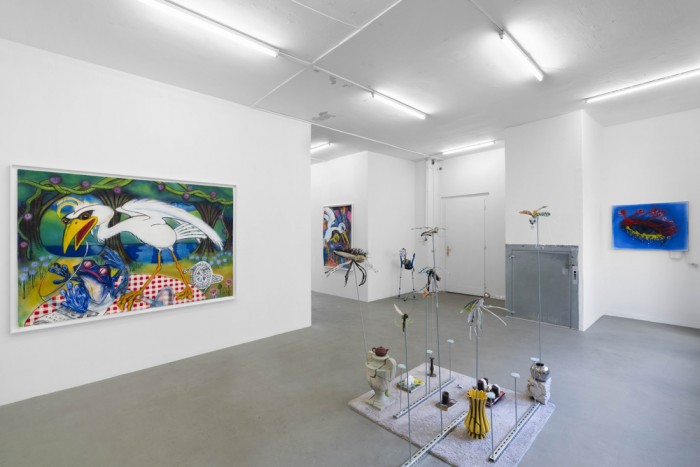 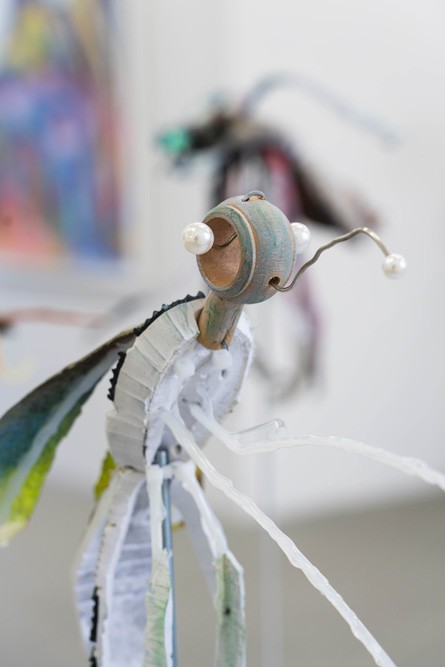 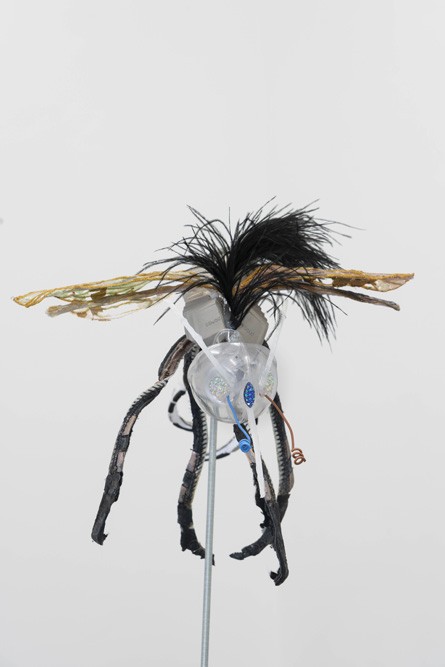 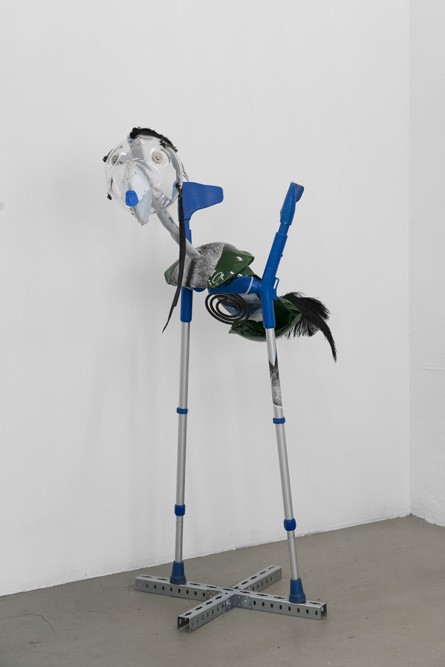 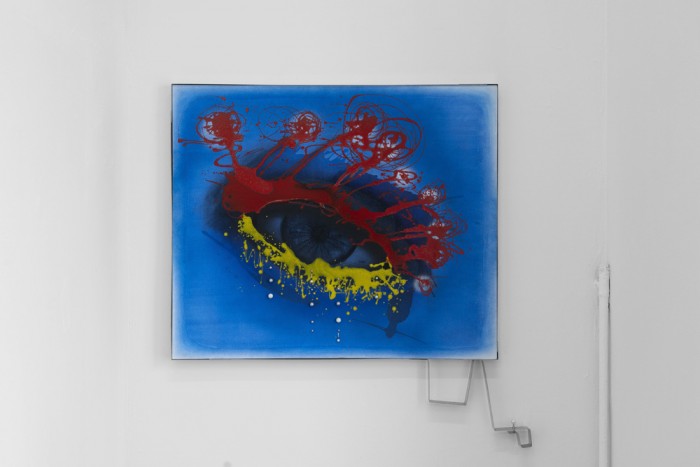